The expedition DML 2021/22 consists of three parts: two research projects and logistics work at the research stations Wasa and Svea. During the expedition, construction of a garage, repair of electricity and gas pipelines and installation of greywater drains will be carried out. In addition, improvements will be implemented at Wasa based on the studies that the construction researcher Dag Haugum conducted last year.

The research project MAGIC-DML is led by Arjen Stroeven, Professor in Natural geography at Stockholm University. The project is a continuation of the expeditions 2016/17 and 2018/19. Arjen Stroeven studies variation in thickness of the ice sheet. This season, the research team intends to visit nunatacker west of Wasa, and connect the two previous studies.

The research project is led by Ian Brown, Associate Professor in Earth Observation (EO) at Stockholm University. The researchers intend to use "ground truthing" for satellite-borne snow lines, in order to be able to study processes in snow via satellite images. The work takes place around Wasa and between Wasa and Svea.

The Swedish Polar Research Secretariat collaborates with the Alfred Wegener Institute and FINNARP on logistics. 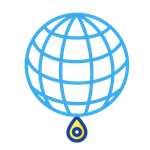