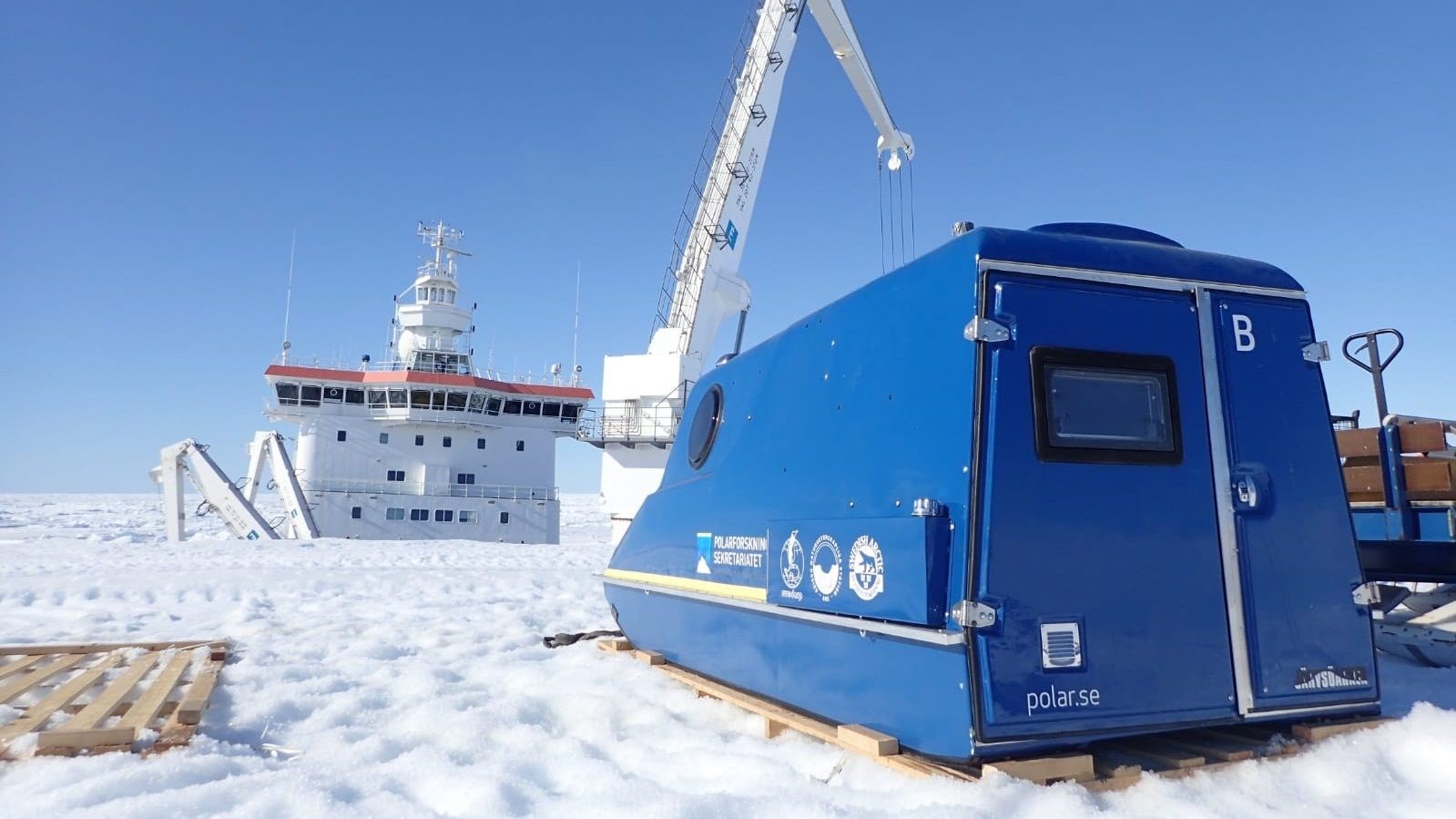 The Swedish Polar Research Secretariat's recurring expeditions to Antarctica take place from December to February, during the Antarctic summer. It is a time of year when it usually is about ten degrees below zero and a little wind, but can also storm properly or be nice and sunny.

The research carried out in Antarctica is sometimes done in the immediate area around the Swedish station Wasa, and sometimes further afield. A research team may need to collect data hundreds of kilometres from Wasa. This means that researchers need to be transported far and live in the field. Previously, two specially built cars with 44-inch tires and tents were used, but in the 2017/18 season, a completely new concept was tested in Antarctica - a so-called ark that is towed by a snowmobile.

– The research project MAGIC-DML will use the living modules for rounds, for a maximum of two weeks in a row, says Ola Eriksson, Technical Coordinator at the Swedish Polar Research Secretariat and expedition leader for DML 2021/22.

– The living modules offers convenient protection against weather and wind and is much more comfortable than a tent. When the researchers go to bed for the evening, it is warm and comfortable, and it is easy to dry clothes that have become wet. Previously, we had to dry the garments in the sleeping bag while we slept. It gets raw and cold, says Ola Eriksson, Technical Coordinator at the Swedish Polar Research Secretariat.

– Previously, we used cars and tents. It was cumbersome when we moved between different places and had to set up a camp each time. The tents must be dug down, many storm lines need to be attached and several tents are needed: sleeping tents, food tent and toilet tent. It took several hours to set up camp.

– With this arrangement, it is easier to move to another field site. Only the toilet tent needs to be taken down and set up when moving. Another advantage of a snowmobile compared to a car is the passability. With a snowmobile we can reach areas with loose and difficult snow.

Facts about the living modules (arks)

Lighting: Yes, but rarely needs to be used due to the midnight sun.

Electrical outlet: Yes. Solar panels charge a battery. The battery provides power to a panel with sockets: 12V, USB. There is also a converter in the sheets that converts 12V to 230V.

Toilet: No, a toilet tent needs to be set up.