Due to the situation in Ukraine, planning for the EURASIAN ARCTIC C4 2023 expedition with the geographical scope described in the Call has been stopped. Information on any alternative plan for an IB Oden expedition for this theme and associated call for projects will be communicated here in due time.

The Eurasian-Arctic C4 expedition builds on the findings and results from international research expeditions and programs over the past decade such as the International Siberian Shelf Study (ISSS) and the Swedish-Russian-US Arctic Ocean Investigation of Climate-Cryosphere-Carbon Interactions (SWERUS C3), as well as assessments such as the IPCC Special Report on the Ocean and Cryosphere in a Changing Climate.

The expedition aims to address several Grand Challenges in current climate change and Arctic research: the functioning, interlinkages and responses of the Ocean, the Biogeosphere and the Cryosphere systems during current and historical climate changes.

The EURASIAN-ARCTIC C4 research will build on earlier efforts and expand also in several new geographical areas. The preliminary expedition route is so far planned and divided into two parts that extend to the north eastern part of the Arctic Ocean.

The expedition follows the Atlantic Water into the Arctic. The cruise track will criss-cross eastward along the Barents-Kara-Laptev Sea slope systems with central focus to investigate slope methane hydrate systems and the warming Atlantic Water plume. The outer parts of the Kvitöya, Franz Victoria, St Anna and Voronin Troughs will be studied for land-exported organic matter and contaminants, shelf-processed CH4 and ocean acidification. These systems are the receptors of the great rivers Ob and Yenisey that export material from the West Siberian Lowland; the world’s largest wetland. Sediment cores will unearth past dynamics of the Atlantic Water Mass, methane, sea ice extent and export of old permafrost carbon.

Part 2: Two Transpolar Drift transects through the high Arctic Ocean sea ice system: lines from the Laptev Sea slope to the North Pole and back to the Kara Sea slope

These two high Arctic transects will enable a diversity of EA-C4 studies. These include the sources, dispersal, fate and effects of matter exported from the Laptev and the Kara Seas in the Transpolar Drift. The program will investigate both Dense Water Cascading and Atlantification, and how these affect the stability of the vertical heat exchange towards the sea ice. The transects will also serve multiple studies of the melting sea ice system, such as changes in ice/snow albedo due to light-absorbing impurities (LAI) e.g., black carbon (BC) aerosols, ice-rafted debris (IRD), colored dissolved organic matter (CDOM), and microbes, possibly including deployment of small research teams on larger ice floes. 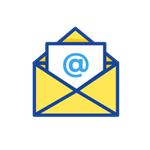 Field operations are tied to large-scale research themes that are developed by researchers together and in collaboration with the SPRS.