Abisko Scientific Research Station was built in 1912 after the research station in Katterjokk burned down. The following year, the meteorological measurements were started, and for several decades data has been collected on behalf of SMHI. The over one-hundred-year long series of measurements has qualified the measuring station as a Centennial Observing Station, an award given by the World Meteorological Organization WMO.

The purpose of WMO's award is to emphasize the importance of long series of measurements for forecasting and climate research.

– The location of the measuring site has been unchanged since 1913. In all weathers, day after day, observers went out to read the meteorological instruments. The very first handwritten observation books still exist today. It is both historically, culturally, and scientifically valuable, says Katarina Gårdfeldt, Director-General of the Swedish Polar Research Secretariat.

At Abisko Scientific Research Station, meteorological measurements of wind, air, solar time, snow depth, precipitation, ground temperature and radiation are carried out. The earliest information about the seasonal ice status for lake Torneträsk is from the late 19th century, but from 1913 there is a complete data series. In 1917, the leafing began to be recorded, and in 2003 the phenological measurements were expanded, i.e., studies of seasonal changes.

– The observations are of great importance for SMHI's forecast work and for mapping climate change, and it is very important to have long series of measurements without interruption. The Arctic climate is particularly affected by climate change. In Abisko, for example, the temperature increase is just over 50 percent greater than the global average, says Håkan Wirtén, Director General of SMHI.

Continued measurements are important for the future

The thermometers and instruments used over 100 years ago were of a different standard then today, but of sufficient quality to provide valuable information about historical conditions. Today, the measurement methods have been modernized and most data are collected automatically through the weather station in Abisko. The manual observations still include the icing and ice discharge on Torneträsk as well as controls of the water levels in Abiskojokken and Torneträsk.

– Abisko Scientific Research Station is located in the zone with patchy permafrost, i.e., constantly frozen ground and an annual average temperature close to zero degrees. This allows us to study what happens to northern areas in times of climate change. The meteorological measurements at Abisko Science Station are part of the global climate puzzle, so it is important to continue the observations for another 100 years, Katarina Gårdfeldt concludes.

Abisko Scientific Research Station will be the fourth in Sweden to qualify for a Centennial Observing Station. The other three are in Hoburgen (Gotland), Bjuröklubb (Västerbotten) and Stockholm. 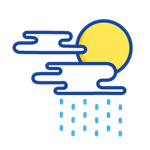 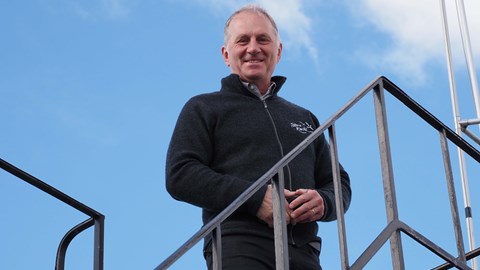 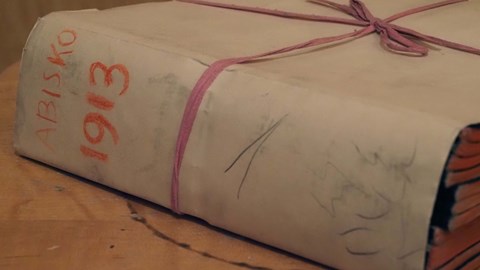 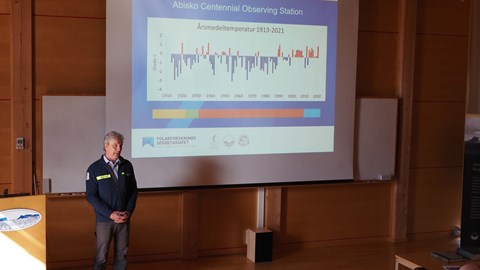 Håkan Grudd, Deputy Station Manager at Abisko Scientific Research Station, presented the station's history and how the temperature has changed over the past hundred years. Photo: Melina Granberg 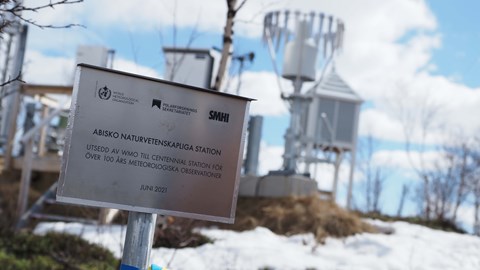 In the autumn of 2021, Abisko was designated a Centennial Observing Station by WMO. Now the sign is in place, and the award has been celebrated with an inauguration. Photo: Melina Granberg 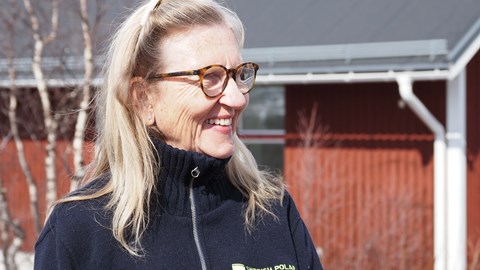 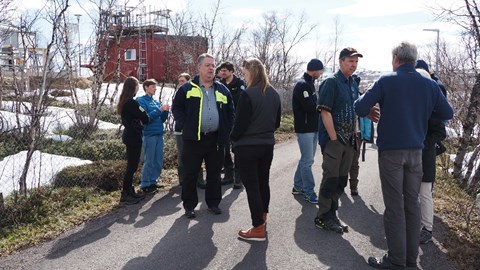