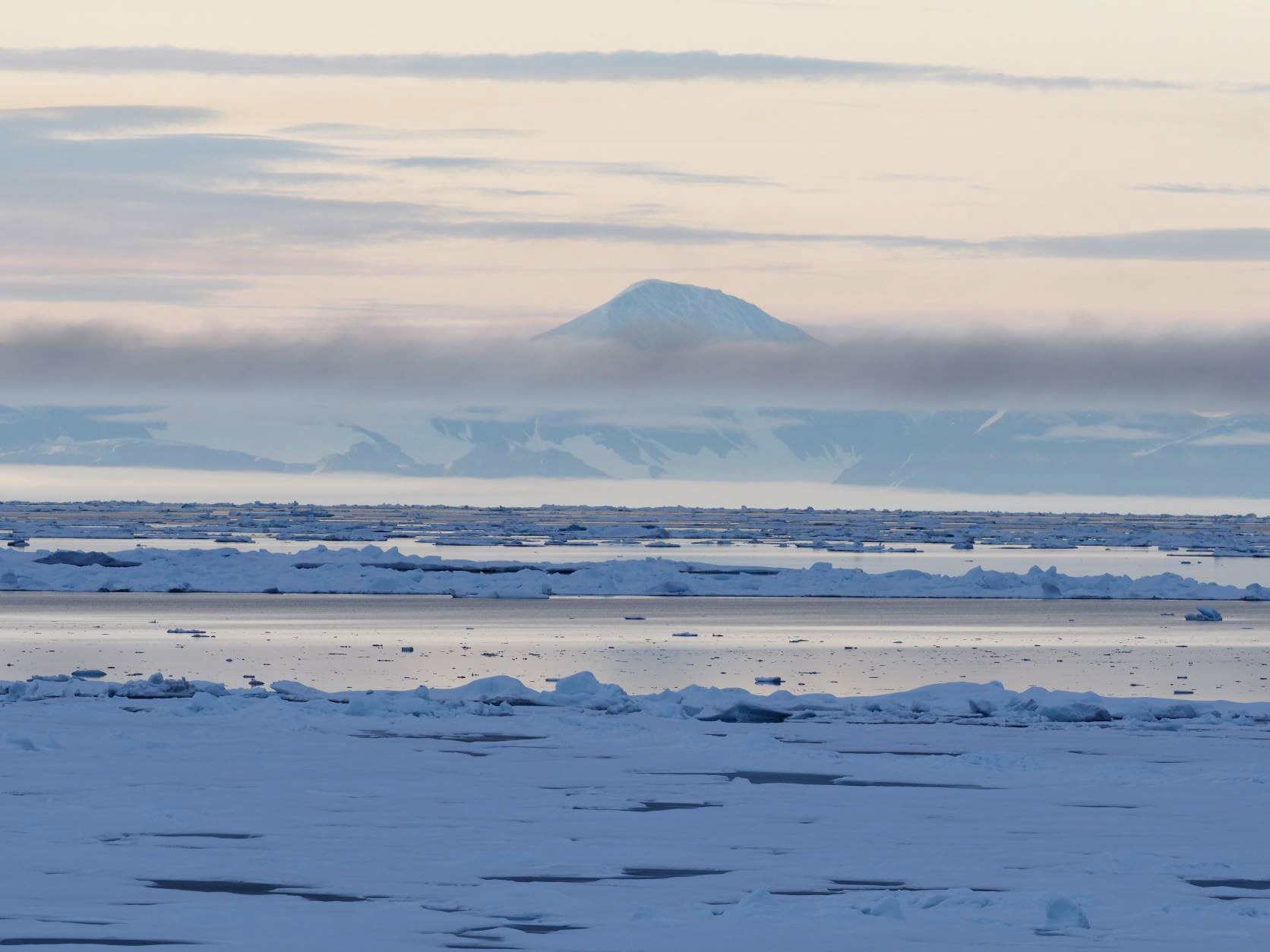 We have a southeasterly wind of 7 m/s, it is two degrees cold and the snow is falling nicely. This morning we were met by a beautiful sight when we got to see land after five weeks. North Greenland showed itself from its most beautiful side with glaciers that meandered down to the water. Occasional small icebergs floated past in the cracked, but old ice.

Station Q was an exciting place for researchers as it is previously unexplored. The depth of the sea turned out to be as much as 600 meters deeper than previously estimated, and in the beautiful bottom sediment sampling we found, among other things, snails and fish otoliths.

The work on board continues at an intense pace to catch up as much as possible before we have to return home. Research is in full swing on the ice, in laboratories and on deck. In container 15, Kimberley Bird och Birthe Zäncker (both at the Marine Biological Association of the United Kingdom) work to examine microbes in the ice. The ice was picked up yesterday and has had to thaw in the lab before the analysis started.

Now we have entered the last research week where we will travel through the ice to northern Svalbard.