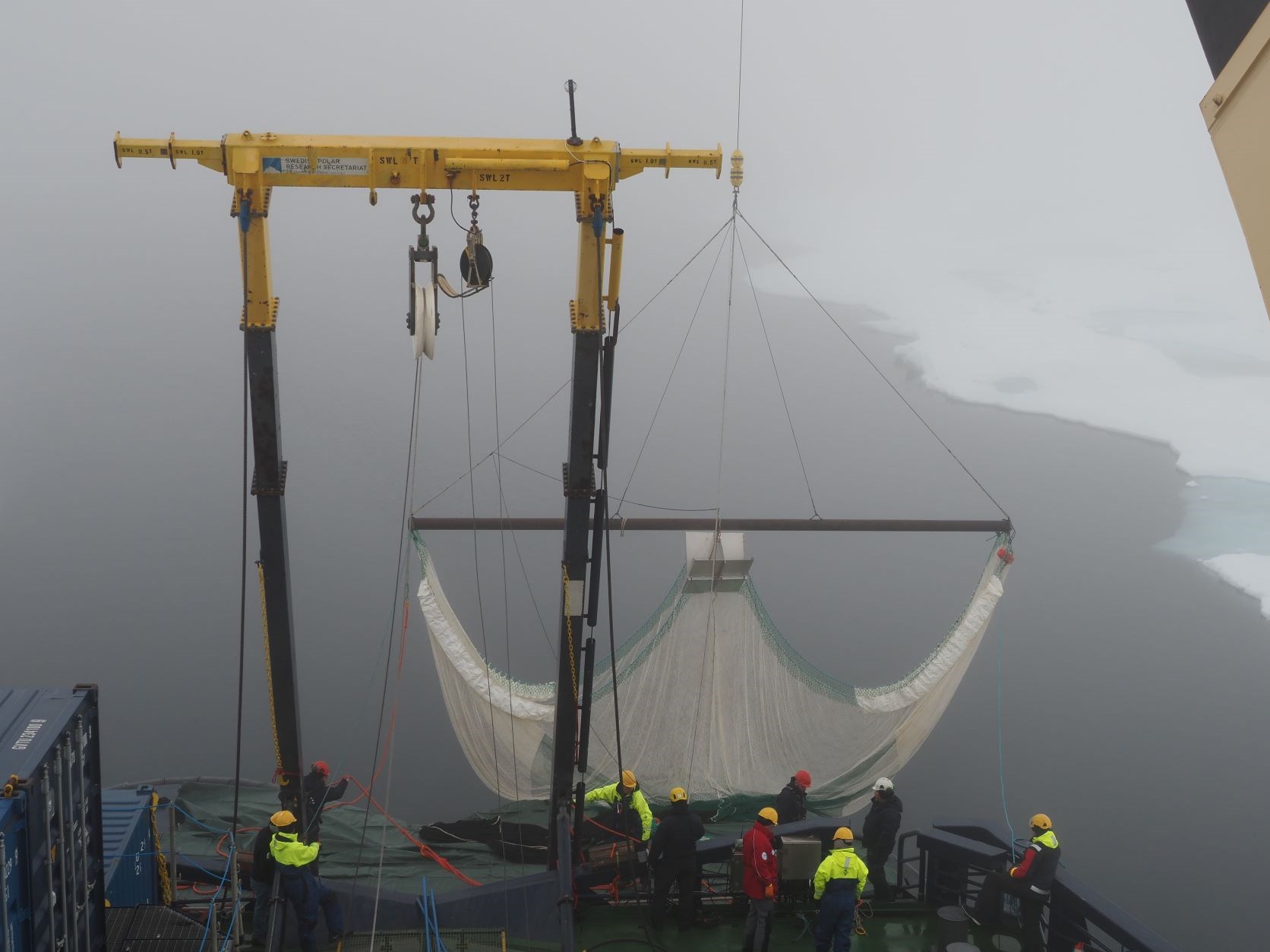 The large fishing net, "The Beam", hangs in the crane and will soon be connected to the winch cable to be launched for the first time in the Arctic Ocean. Photo: Maria Samuelsson

It is Thursday afternoon. We are waiting for the so-called Bio-CTD in the stern to return to the surface. After that, Oden must be repositioned so that sampling can continue in the bow where there is currently far too much ice to lower an instrument.

During yesterday (11 August), sampling continued from Oden's deck, from the ice next to Oden and helicopter stations. Work is done everywhere on board, and there are activities in all laboratories with various analyzes.

Yesterday (11 August) was also the premiere for the large fishing net that goes by the name "The Beam", as it has a ten-meter long boom that, together with two trawl tables, holds out the opening as it goes up vertically through the water. The net is lowered to a depth of approximately 700 meters to investigate the presence of fish.

There was no catch of fish. On the other hand, various shrimp, crayfish and a few krill were caught, which was the expected result from the deep Amundsen basin. 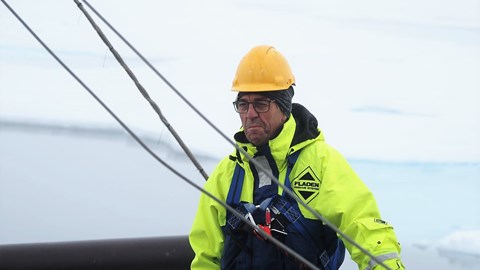 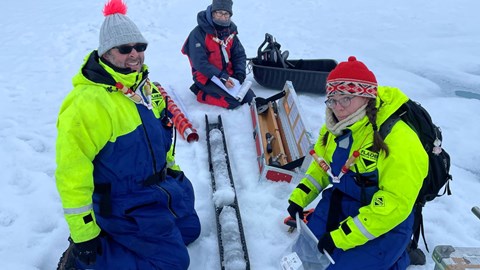 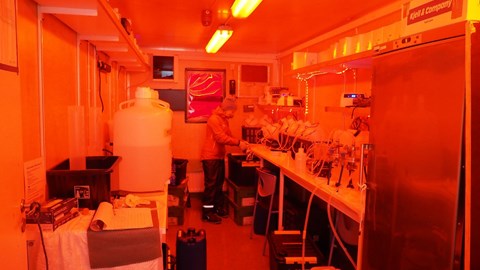 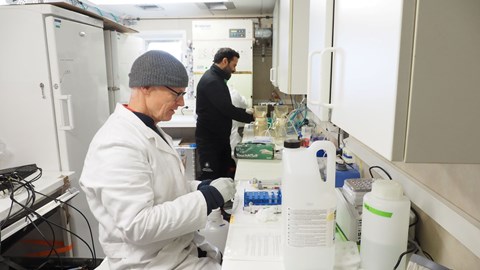 Johan and Ashish study how bacteria grow and breathe when the temperature is below 0° C. Photo: Anna Stiby 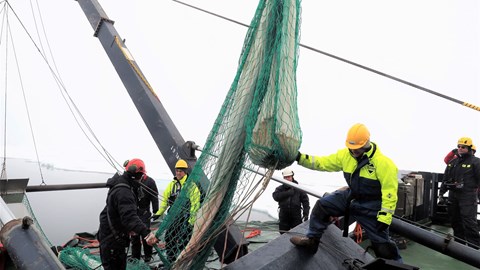