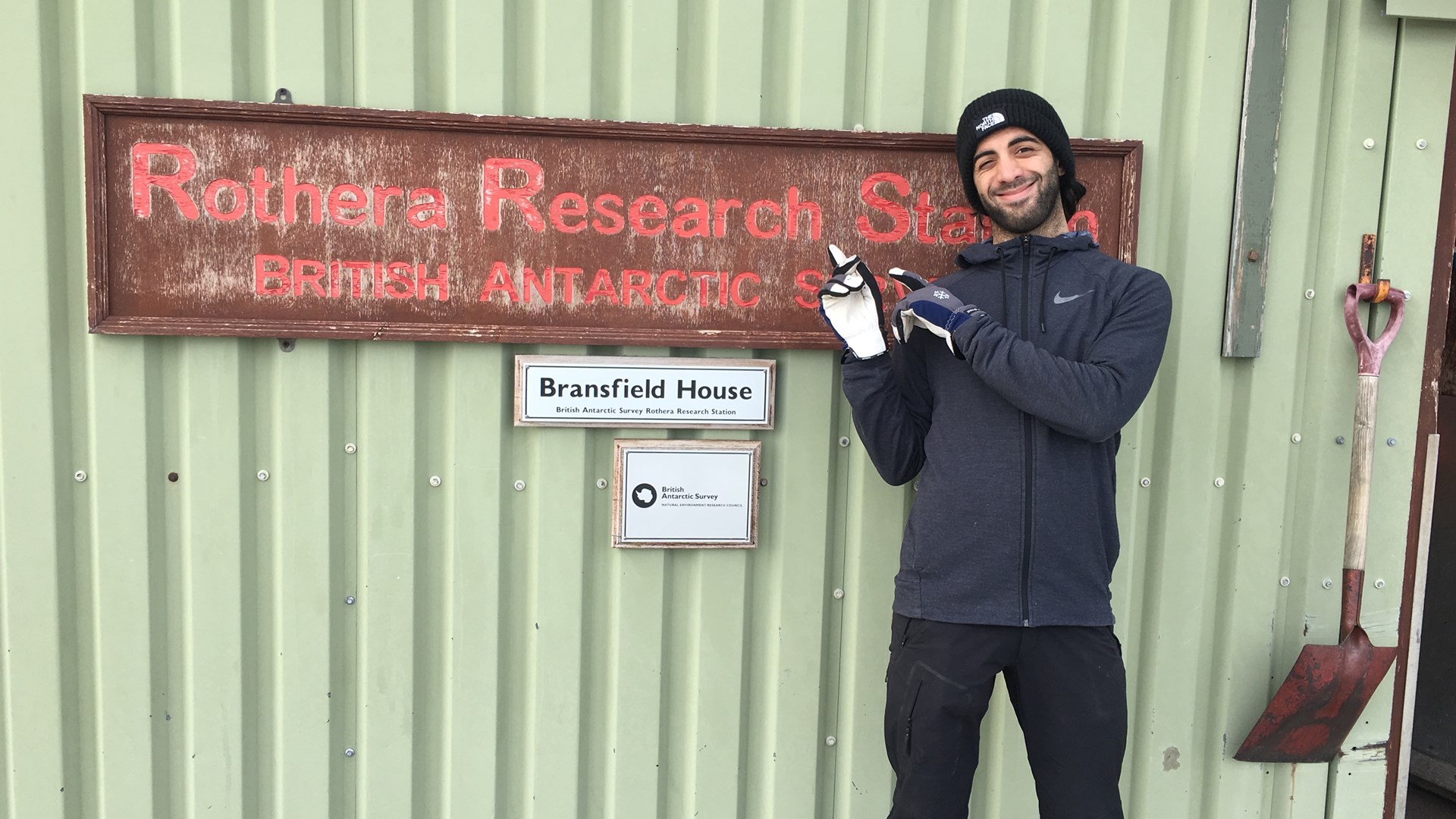 The Swedish Polar Research Secretariat supports five research projects within the year-long Arctic Expedition MOSAiC, where a total of nine researchers from Swedish universities participate. Salar Karam, PhD student in Oceanography at the University of Gothenburg, is now preparing to participate in the final phase of the research expedition.

– I travel to Bremerhaven in Germany on 29 June for a two-week quarantine together with the rest of the research group. After that, we go by boat to Svalbard, where we will meet Polarstern and change vessel. In total, I will spend two and a half months on board Polarstern.

Can you describe your research project?

– My research is about mapping the heat transport in the Arctic deep sea to determine what current and future impact it has on important climate variables, such as sea ice extent and sea level rise.

What kind of measurements will you make?

– I will use a Conductivity-Temperature-Depth (CTD) that measures salinity and temperature from the sea surface to the seabed. That gives us information about the vertical structure of the water column. I will also take water samples to measure chlorofluorocarbons and sulfur hexafluoride. Through these measurements, you can see how “old” a body of water is and can hopefully derive circulation in the deep sea. I will also place autonomous instruments on the seabed which measure the temperature every half hour for one to two years before it floats up to the sea surface and sends data home via a satellite link.

Why is your research important from a climate point of view?

– Already in the 1990s observations showed that the Arctic deep sea was warmer than expected. At first, researchers thought that it was due to energy stored in the earth’s crust, but that explanation did not hold. It was later found that the warming was much stronger than that caused by stored energy – thus the warming must be related to climate change.

– A warmer sea leads directly to sea level rise as warmer water expands. Therefore, there is a strong need to determine the sources of this heating and variations in space and time of the properties of the deep sea and the underlying driving mechanisms. The problem is that there are very few observations, partly because the Arctic is difficult to access and partly because no one thought the deep sea would warm up so quickly. Thus, we know very little about these processes, and this is where MOSAiC comes in. For the first time, we can conduct a full year’s deep sea measurements over the central Arctic, and hopefully solve all these issues. The data collected will also be used to determine which global climate models best represent the Arctic.

Is it something you especially look forward to?

– I have heard that you can play basketball in a pool on board, so I definitely look forward to that. I have never been to the Arctic before, so discovering a – for me – brand new world, will probably be a magical experience. Last year I conducted research in Antarctica and my family often joke that I will be the first Kurd who has been to both the Arctic and Antarctic. I don’t think that’s true, but it would have been fun if that were the case.

How do you prepare for the expedition?

– Right now, it is mostly daily work at the university and trying to catch as much summer as possible before I leave. I will start looking over the packing list a bit more now. It is important to bring a lot of chocolate! Once in Bremerhaven we will also carry out some safety training.

The research project Why is the deep Arctic Ocean Warming? Is led by Céline Heuzé, Senior Lecturer at University of Gothenburg.