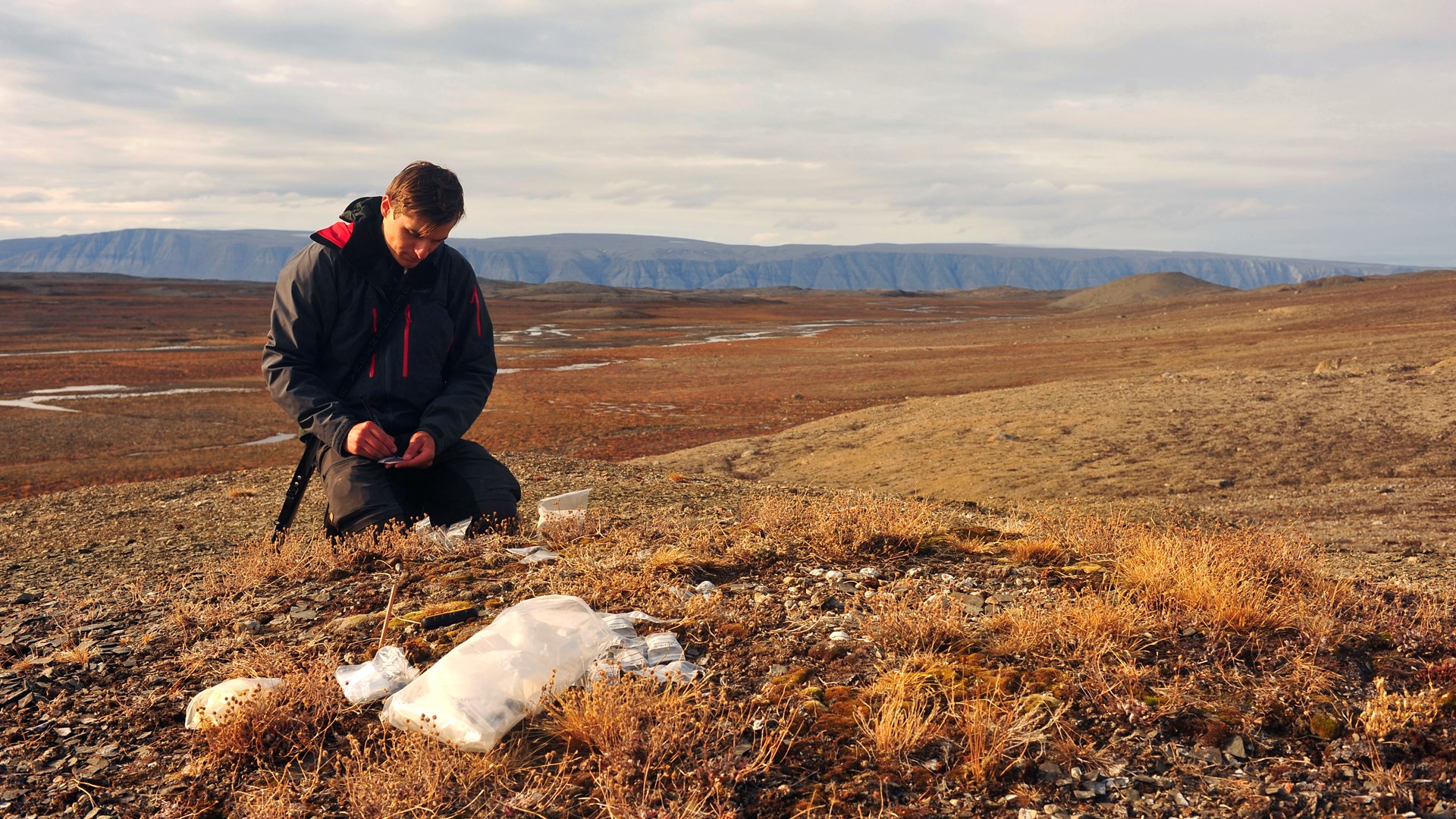 Fredrik Dalerum, Docent in Ecology at the Department of Zoology, Stockholm University, leads a research group that participated in this summer’s expedition with the icebreaker Oden to the Ryder Glacier in northwestern Greenland. In addition to Fredrik, the group also consists of Karin Norén, Associate professor, and Johannes Måsviken, PhD student, all at the same department. In this research project, they study how Arctic species and ecosystems are affected by climate change.

– Global warming is leading to changes in the ecological environment. All these changes do not necessarily have to be unfavourable. Still, it is important to understand them, and, if possible, to predict them to better prepare our societies for the future. Climate change is happening faster near the poles, and the consequences of a warmer climate are therefore most evident there. In addition, land areas in the high Arctic represent one of few environments on Earth where direct human interference has been minimal during industrial times, and many arctic cultures are also very closely associated with local plants and animals. Therefore, it is important to study the potential effects of climate change in the high Arctic, says Fredrik Dalerum.

Climate change is likely to cause the distribution of arctic species to become more fragmented, as southern parts of the Arctic are likely to be invaded by species from boreal areas. The areas of northern Greenland are particularly interesting for studying such fragmentation, as they consist of peninsulas isolated by deep fjords and thick glaciers. Therefore, each peninsula represents more or less independent fragments of this larger high arctic terrestrial ecosystem. The main purpose of the researchers’ projects is to study the ecological consequences of such fragmentation, to better predict how arctic species and the ecosystems they are part of will respond to climate change.

The researchers established field camps on two peninsulas in northern Greenland, Warming Land and Wulff Land, for one week each, and visited three other peninsulas during shorter day visits.

– Although they are critically important for how ecological systems work, interactions between species are often neglected in biodiversity research. An obvious type of interaction, which is common in all ecosystems on our planet, is that organisms tend to eat each other. In addition to studying the ecological consequences of fragmentation in a high arctic ecosystem, we also quantify how fragmentation affects how herbivores and predators feed on plants and animals, respectively. By visiting several peninsulas, we also want to investigate if the patterns in these interactions differ.

– We now face the time-consuming task of quantifying what the various spiders, birds and mammals have eaten. Our previous observations from 2015, as well as our observations from this summer, suggest differences between the peninsulas. However, it is still too early to be able to be more specific about what the differences are, Fredrik Dalerum concludes. 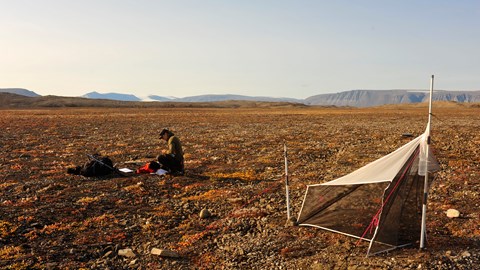 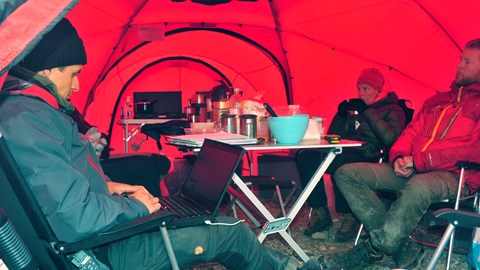 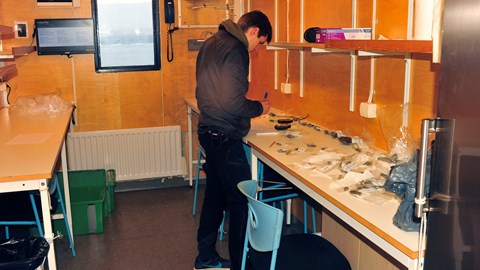 Fredrik Dalerum about the opportunity to participate in research expeditions
“Gaining logistical access to remote areas like those in northern Greenland is a privilege from both a scientific and personal point of view. Scientifically, this means that we can study remote areas that have had minimal disturbance from people, and on a personal level it is very developing to participate in an expedition. The polar expedition to the Ryder Glacier was proof of how exceptionally well people can work together if they have a common interest and goal, and what extraordinary achievements they can accomplish when they do.”