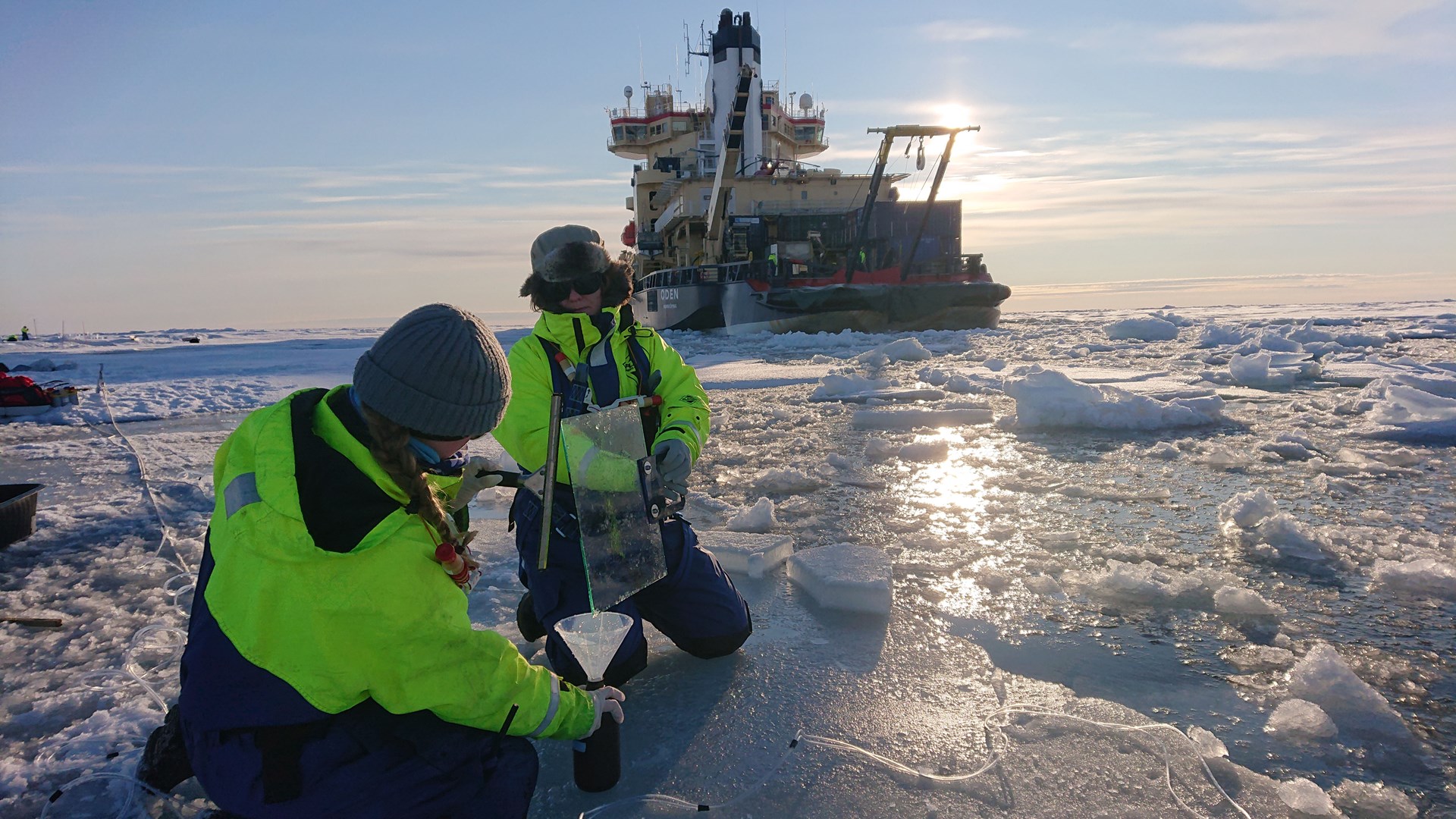 In the oceans, there are viruses that infect bacteria. Even though they have a major impact on our ecosystems, the research in this area is limited, especially from Arctic environments. Researchers who participated in the Synoptic Arctic Survey 2021 expedition are currently studying this. They want to understand how environmental pollution and climate change affect viruses, bacteria, and ecosystems in the future.

Most bacteria found in the world do not infect humans. Still, they fulfil essential roles in ecosystems by breaking down dead plants and animals, thereby creating a flow of carbon and nutrients through food webs, as larger organisms eat the bacteria.

– When viruses infect and kill bacteria, they release carbon and nutrients that the bacteria can eat again. The virus can also "hitchhike" in the bacteria by integrating the virus's genetic material into the bacteria's genetic material. The bacteria can then benefit from the genes, and thus functions, that the virus has. Depending on which path the virus chooses (hitchhikes or kills), the impact on the bacterial community will therefore be very different, which in turn affects our ecosystems as well as carbon and nutrient cycles, says Karin Holmfeldt, Associate professor at the Department of Biology and Environment at Linnaeus University.

In the project Impact of climate change on the activity and diversity of viruses in the Arctic, the researchers are studying which viruses are found in the Arctic, which bacteria they infect, and which type of infection cycle is important – hitchhike or kill. They examine the virus community in several arctic environments, which range from ice and meltwater pools to different levels of the open water, from the top millimetres (surface water layer) to the deep ocean. Although viruses greatly impact our ecosystems, very little research has been done on these small biological entities.

– Much of the research we carry out now is about understanding how the systems look today, as this is needed to understand how human influence, through environmental pollution and climate change, among other things, will affect the ecosystems in the future. This is difficult as the changes have already started to take place, says Karin Holmfeldt.

She believes that in an increasingly warm climate, the viruses will kill the bacteria rather than hitchhike inside them, changing the primary food webs in the oceans. This means that more bacteria die, but it would also increase the production of the bacteria that were not infected, as they can assimilate the carbon and nutrition from the killed bacteria.

– So far, we do not know how this can affect global carbon and nutrient cycles. Still, the effects can be significant given the enormous number of viruses and bacteria in the oceans. One hypothesis is that if the virus switches to primarily killing the bacteria, then fewer bacteria would be consumed by larger organisms. It would ultimately affect large organisms, such as fish, which could decrease in number. But so far, we do not have all the knowledge to understand the effects fully, says Karin Holmfeldt.

Most bacteria where there are phytoplankton

During the expedition, the researchers collected data both from ice and meltwater pools at different levels of the open water. Areas where it is warmest and where there is the most phytoplankton are particularly interesting, as bacterial activity is most likely to be greatest in these parts of the water mass.

– We have collected samples to count the number of viruses in the water and samples to examine the genetic mass in the whole virus community, so-called metagenomes. We have isolated bacteria from which we have tried to isolate viruses, which unfortunately has not been successful. However, we will investigate whether there are viruses in the bacteria we isolated – viruses that hitchhike. We are currently in an analysis phase, and so far, we have no preliminary results to report, says Karin Holmfeldt.

– This means that we can take samples no one else has ever looked at, which is probably a similar feeling to receive samples from another planet. Not only can we contribute to pioneer work in an environment heavily influenced by climate change, but we can also learn from each other while doing so and combine our gained knowledge to get the most of it, says Janina Rahlff.

Life on board during an expedition means long working days where the researchers live and work close to each other and share cabins. Therefore, there are few opportunities for alone time. According to Janina Rahlff, the absence of the internet means that social interaction on board intensifies.

– There is an opportunity to get to know others very well, and there is also the scientific exchange. Oden has many options for socializing, such as two saunas, a cinema, and a gym. A colleague from Stockholm even gave dance classes. Overall, it was a unique social experience!