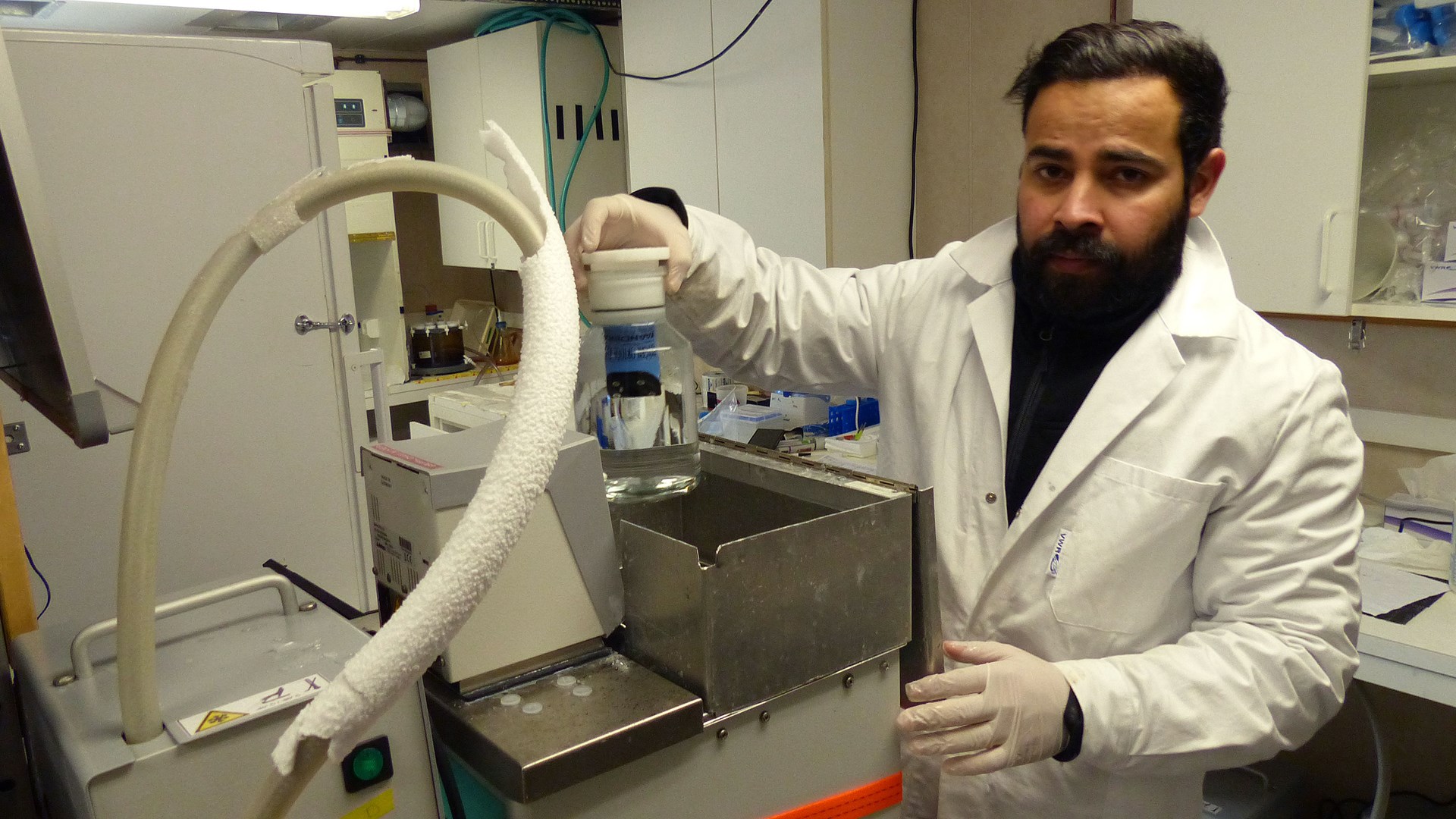 What is the abundance, diversity, growth rate and respiration of Bacteria and Archea in the Arctic Ocean ecosystem? This is the question Johan Wikner, Professor in Ecology at Umeå University, and his team studied during the Synoptic Arctic Survey 2021 expedition with the icebreaker Oden.

– Prokaryotes are organisms without a cell nucleus which in everyday speech are called bacteria. These are found in the sea and they breathe, that is, they consume oxygen and produce carbon dioxide. The latter is one of the most common greenhouse gases that causes increased temperatures on Earth. Prokaryotic respiration will affect how the Arctic Ocean can store or emit carbon dioxide and thus affect the greenhouse effect, says Johan Wikner.

The Synoptic Arctic Survey expedition went from northern Svalbard to the North Pole and the Lomonosov ridge. Then the expedition went south towards North Greenland and back to Svalbard. Several samplings were conducted during the expedition, both in places with ice and in areas with open water, which was good for studying the variation of prokaryotic ecology. It was a unique opportunity to conduct research in one of the earth's most extreme environments.

– The preliminary results indicate that the abundance, growth, and respiration of prokaryotes are higher in the upper 100 meters of the water column. The results are somewhat surprising as there are minus degrees and lower levels of nitrogen and phosphorus in the surface water. At the same time, both the incidence and growth of prokaryotes are low compared to many other sites. This indicates low production in the Arctic ecosystem, and that the material that settles from the surface layer can travel far down into deep water layers without breaking down. Analyses of prokaryotic diversity, the genes they use, and electron microscopy of the shape and structure of cells (cell morphology) are still ongoing.

Johan Wikner says that the scientific work was well organized and the plans for the next day were always communicated at evening meetings. The experience and guidance of the Swedish Polar Research Secretariat's staff and the Chief Scientist was also important. But what Johan Wikner will especially remember from the successful expedition is not about the research itself, but about a couple of other things.

– Oden was visited by two polar bears, and it is of course a memory for life. To experience the power when Oden breaks through two meters of ice was also impressive.

More information about the project