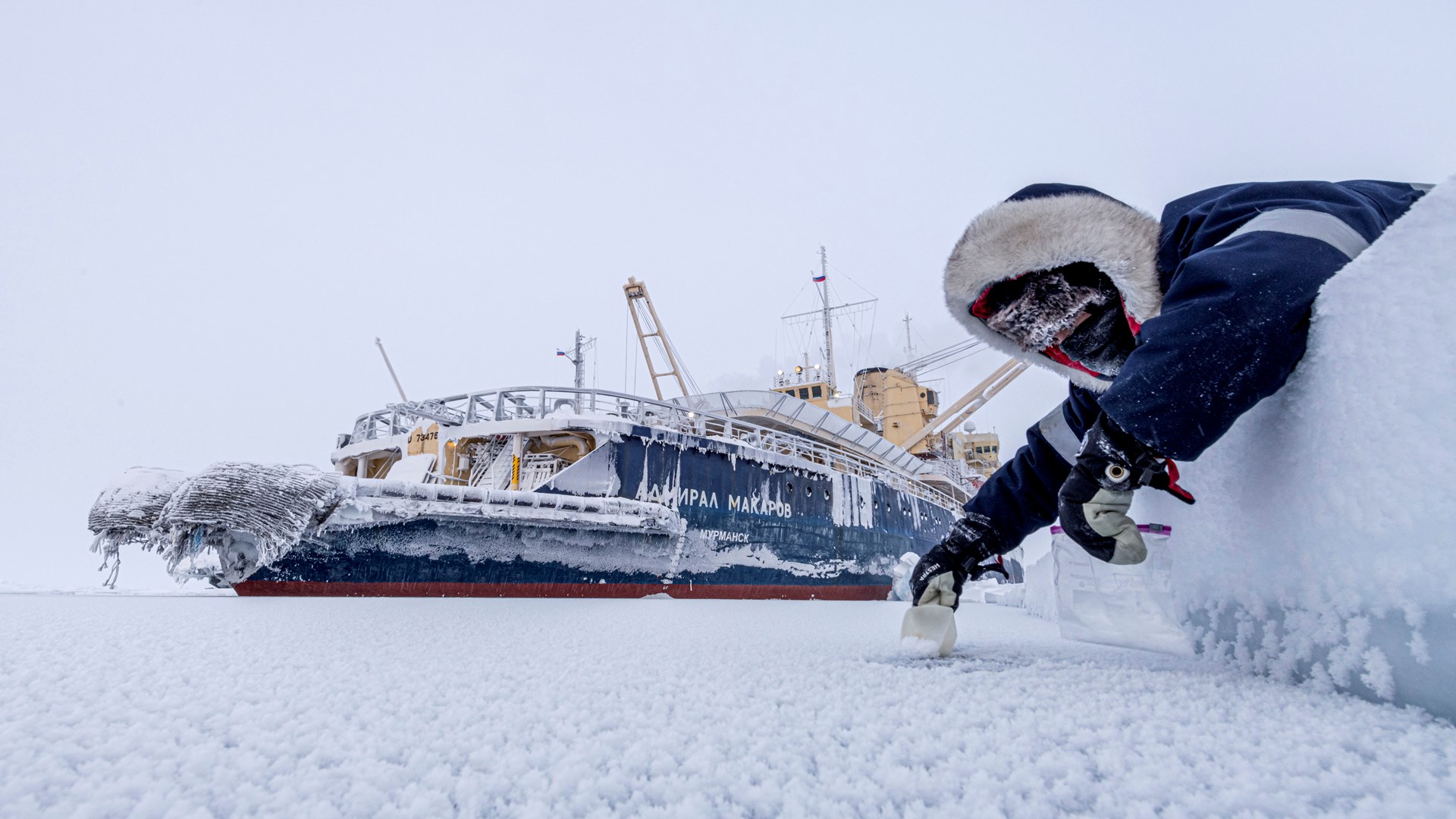 For almost 19 weeks, research engineer Adela Dumitrascu participated in the world’s largest polar expedition MOSAiC in the Arctic Ocean. During the expedition, she took samples on snow, ice and water to understand the processes associated with the greenhouse gas halocarbon. Now she is back in Gothenburg to continue with the analysis of the data.

– It was fantastic to experience the Arctic during the winter and it has been fun to work with so many skilled researchers who are used to fieldwork in difficult conditions. I learned a lot and would have loved to stay the whole year for the expedition, says Adela Dumitrascu, a research engineer at MMT and one of the participants in the research project “Seasonal Sea Ice – a new source of bromine during polar night” led by Professor Katarina Abrahamsson at University of Gothenburg.

What was it like to take part in the world’s largest research expedition MOSAiC?

– MOSAiC is no ordinary expedition. Just getting to and from the expedition during the winter has been a major challenge. The transit trips to and from the expedition I did with the Russian icebreaker Kapitan Dranitsyn together with the flights to and from Tromsø took a total of seven weeks. I lived and worked on the German research icebreaker Polarstern for another twelve weeks. The ship is frozen in an ice floe and drifts with the pack ice. The ice floe also serves as a research area where we worked and sampled all days except three when the wind was too strong. Conditions were often harsh, and the temperature was at a minimum of minus 42 degrees.

What is your research about?

– It is about halocarbons, which are greenhouse gases that break down the ozone layer. We try to understand the process of how halocarbons are released into the atmosphere during the Arctic winter. We know that halocarbons are produced by micro- and macroalgae in seawater and ice, and we see higher levels in ice and snow than in seawater or the atmosphere. There is a transfer of these gases between sea, ice, snow and atmosphere and we try to understand how these gases move. The most interesting part is what happens to the halocarbons during the winter because then there is no primary production – there may be other processes than the biological factor for how halocarbons are created.

Are you satisfied with the expedition?

– I am very pleased with the work, we analysed about 3,000 samples. We started some experiments during the winter and got several exciting results with samples of frost flowers (ice crystals that usually grow on young ice), seawater, snow, and ice samples. Previously we had no data from the Arctic winter, but now we have it and we see some exciting stuff! For example, regarding the measurements of the rapid processes that occur for frost flowers. Now a lot of work remains to analyse all the data.

Can you tell us why research on halocarbons is important from a climate perspective?

– The halocarbons that get into the atmosphere are very strong greenhouse gases. They also have different lifetimes, and some can survive for a long time. The gases react with the ozone layer and break it down, so we need to better understand how much of these gases end up in the atmosphere. Then we can, for example, improve different climate models and predictions.

How did it feel to come home?

– Unreal! Seeing people work in white protective suits and face masks at an otherwise desolate airport in Tromsö was special. And to be met by ten police officers when getting out of the aircraft in Gothenburg was a bit daunting.